Newmarket Studios, conveniently located at 87-91 Arden Street, North Melbourne, is fit and ready for your next recording project.

Get in touch with Guus for any studio enquiries! Email is preferred.

Newmarket offers high end, well maintained recording equipment fitted into a purpose built  studio, laid out across 4 tracking rooms, ready for the artist to get into creativity quickly and easily.

Here are just a few projects!

The studio consists of:

The Studio has been quietly achieving in Melbourne since 1986. Quite a diverse range of artists have completed projects at the studio, as the space allows for a wide range of Genres.

We can offer the studio with one of our very experienced Engineers, or if you already have your engineer of choice, they are welcome to come in and engineer your session with the help of one of our assistant engineers.

Newmarket has also teamed up with Noisehive, an artist friendly Digital Distribution network operated by Xelon Entertainment in Melbourne. Noisehive can offer our clients an exclusive discounted rate, making it easy and affordable for acts who aren’t already with a label, to release their work digitally with the personalised services offered by the Noisehive team.

Please feel free to contact us with any questions, we would to love to have you in for a tour of the studio.

Four isolated recording rooms with windows, allowing sight lines between them all. 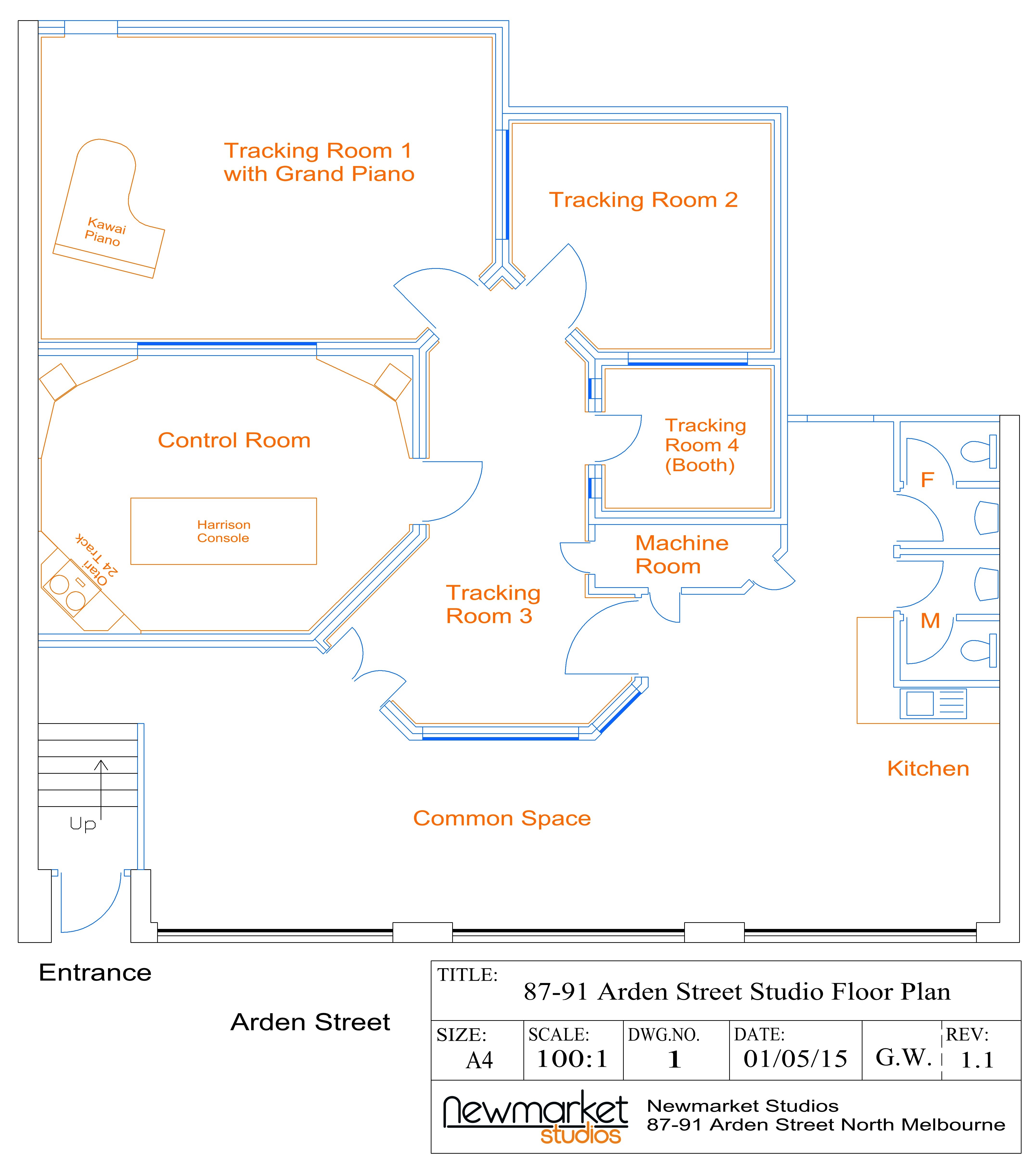 Please note, email is preferred as we cannot always answer the phone while in sessions.